Trans Visibility in the Lockdown Era 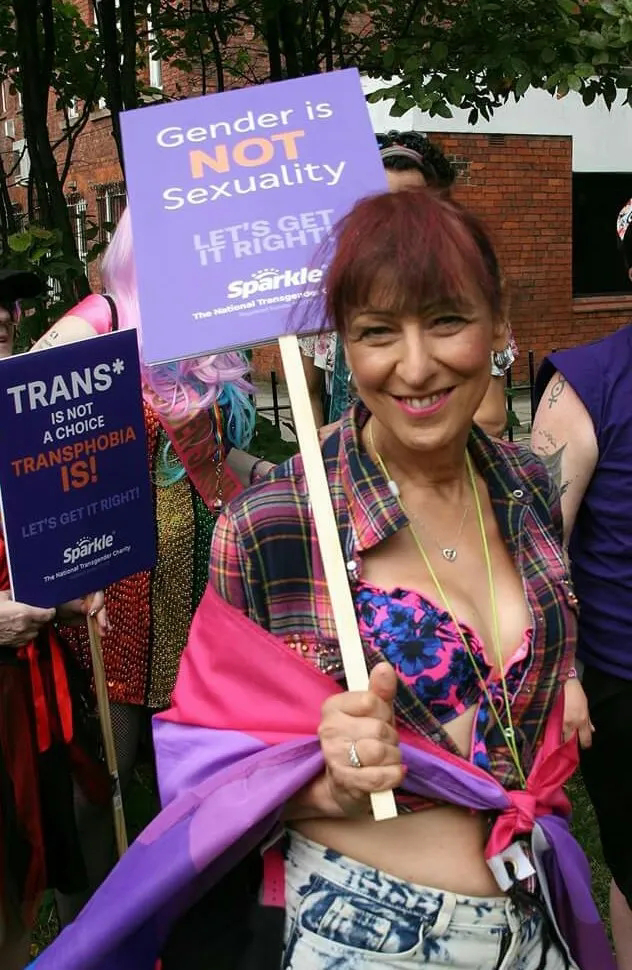 I’ve written so many blogs for Transgender Day of Visibility - TDOV. They were penned when obstacles to visibility were personal fears. This year obstacles are Covid-related.  I’m writing in an era of sweat pants or PJs all day; not bothering with make-up; no social gatherings; a time of home and office involuntarily coalescing. Is there visibility in a time of lockdown?  Being out and proud with gender identity seems impossible when the official directive is ‘Stay at Home’.  Suddenly there’s no choice, we are all ‘invisible,’ locked down before screens at home whether we like it or not.

I have polled others in the Trans community about their experiences.  Many are gloomy and depressed.  Those struggling to come out have suddenly found lifelines cut.  The support groups and gatherings offering safety in their target gender, have gone.  Those stuck at home in abusive relationships face pressure; conforming to someone else’s idea of who they ‘should be’. Those needing hormones and surgery face indefinite waits while health staff focus on the pandemic.  Hope disappears and, one by one, the lights that gave hope, go out. I have comforted friends expressing suicidal thoughts and wondered about the seeming cruelty of it all.

Into all of this came Channel 4’s ‘It’s a Sin’ with its exploration of AIDS in 1980’s Britain.  For me, it came like a stone pitched into a pool, each episode setting off ripples of painful memories.  I was a gender-queer 20 something in 80’s Newcastle-upon-Tyne; out on the scene but very vulnerable.  Exploring my gender presentation and sexuality meant intimate involvement with others, yet my relationship was deeply conventional. My then partner knew nothing about the secret life I led.  As the poorly understood means of transmission got clearer, I suspected I might be HIV+ but didn’t dare get tested. Many Trans and Non-Binary people refused because testing meant revealing secret gender identities.  Being outed as Gay looked bad enough; being outed as a Trans meant losing my job, my home; maybe living on the street.  As the scenes of It’s a Sin rolled on screen, I felt a deep shame about it all. My previous actions seemed so selfish and at times I didn’t want to see any more.

I completed my transition many years ago.  My current birth certificate records my birth as female. I’m someone’s wife. I had the longed for big white wedding. I became a Mum with two kids and later two step children. I had the awful shock of understanding I was heterosexual.  These days I work and volunteer for George House Trust and yes, before I had Gender Confirmation Surgery (GCS) I got tested and found out my status. Now I consider it my responsibility. Others tell me I pass well (something I still find hard to believe). Ironically, ‘passing’ hands you the option of invisibility:  In the Trans community, we call it ‘Going stealth’.

In the end I chose NOT to go stealth.  How could I? Winning the Trans genetic lottery and having a winning photographic smile doesn’t entitle you to turn your back on sisters and brothers. By the same token knowing your HIV status doesn’t take away the responsibility of managing relationships. I had the option to hide my past and to fit into normative cisgender society. It was tempting. In an earlier, less affluent time, like many transsexual women, I worked the sex industry to pay transition related bills. I could feel shame and hide but who would that help? Visibility is not just about physical presence, it is about being counted when it comes to trans-activism and upholding the rights of all trans and non-binary people. You can do that whether you are Trans, Gender-queer or even a Cis-gender Ally. It is about joining the debate, whether you are stuck ‘invisible’ at home or not. It is also about getting tested and encouraging Trans friends to do the same; to test despite their fears. Visibility is not just for you, it’s for all of us.

Posted by retrobassgirl at 11:24 AM